How Many Grammar Schools In UK

In May 2018, the government announced that grammar schools in England are going to be able to offer thousands of new places in a trimmed-down selective school expansion programme. But the question is how many grammar schools in UK?

Grammar schools have been part of our history, can be traced their roots to before the 16th century. They play a prominent role in the UK education system.

How many grammar schools in UK

According to the latest statistics from BESA, there are 163 grammar schools in England with a total of around 176,000 pupils, compared to 3,448 state secondary schools. A further 69 grammar schools are in Northern Ireland.

Over the past 30 years, a very gradual but steady increase in the number and proportion of pupils at the remaining 163 grammar schools.

We have a latest and greatest list of all 163 grammar schools in the U.K. You can sort by region, gender and Ofsted rating. You can search filter and you can do all the ninja skill with the data.

We have comprehensive resources for 11 plus preparation. Please check without fail.

Before you start your preparation, I would suggest you read the very important article I wrote to show you the structural framework that you need to understand to pass the 11 plus preparation.

If you want to know what is all about the "11-plus", then I wrote a superb guide on 11 plus on this site.

How many schools are in England

How many schools are in the UK

In 1965, the government directed local education authorities to begin phasing out selective schools and secondary moderns, and replace them with a comprehensive school system.

Theresa May lifted the ban on the creation of grammars stating she felt this would bring back 'true meritocracy'. Due to the lack of support in parliament, her initial plan fell short.

Approximately 20 years later, in May 2018, the government announced that grammar schools in England are going to be able to offer thousands of new places in a trimmed-down selective school expansion programme.

The set of expanded grammar schools will have to set out plans to provide education to disadvantaged pupils, possibly by lowering the barriers to entrance requirements.

Grammar Schools provide free education. Grammar schools do not charge fees because the state government funds them. All of the Grammar schools in England are secondary schools.

Grammar school system chooses its pupils using an entrance exam popularly known as the 11 plus. Under the selection process, pupils who pass the "11 Plus" exam would go to the local grammar school. Those who do not qualify 11 plus would go to comprehensive secondary school.

People often ask what is the apparent difference between grammar school and public school.

After the Education Act 1944, secondary education in this country was organised into two categories:

There was a third kind knows as a technical school, but very few were established.

Before we deep dive into the subject, you have to understand the different types of schools and systems established in this country in the 20th century.

In this country, primarily, we have three types of secondary schools.

Comprehensive schools (also knowns as public schools or state secondary schools) are nothing but regular state schools, which teach a wide range of curriculum including academic, vocational and practical. 90 per cent of UK pupils are in the comprehensive system.

According to the latest statistic of 2021, the number of pupils in state-funded secondary schools are approximately at 3.41 million, and the number is steadily rising by 81,300, continuing a trend of year on year growth since 2016. The further 10 per cent of pupils attend private, faith or grammar schools, or are home-schooled.

Grammar schools are the only government-funded state secondary schools in England that are allowed to select all pupils based on their academic ability.

Grammar schools use a selection process and pupil who aspire to study in grammar school would have to pass an exam called 11 plus exam.

To get into a grammar school, pupils must pass an exam when they are in year 6 to enter into Year 7 at a Grammar School. They will get offered a grammar school placement if they pass the 11 plus exam, which might involve questions based on maths, verbal, non-verbal reasoning, English language or creative writing.

Public schools don't use any selection process, the admission is relatively straight forward, and the pupil gets in when they are in the catchment area.

It is essential to understand that passing the 11 plus is not a guarantee of a state grammar school admission. Suppose there are fewer places than the pupil who qualify. In that case, grammar schools will use their own drafted oversubscription criteria such as offering placement to those who achieved the very highest score.

Grammar schools are most sought after because of the selective education provided is on par with the best-run private schools in the country.

Grammar school pupils will undergo a very disciplined system under the able management of the academy status, where headteachers and the teaching staff would strive for the best outcomes.

Although not all grammar schools are providing a high standard of education, they hold a better profile than comprehensive schools in the public view.

Grammar schools are defined by their pursuit of academic excellence, traditional teaching methods and ethos of strict discipline.

Bob McCartney, chair of the National Grammar Schools Association, also explains 'Pupils are selected based on their academic potential, to identify those who are most suitable for this type of education.'

Children who either don't apply for a grammar school place or fail to meet the necessary academic standard go instead to a non-selective comprehensive school.

If we stop the debate for a second whether the grammar schools are best or not, preparing for the 11 Plus will change the trajectory of your child.

It's my own experience as my son who passed the 11-plus exam in 2016 is now cruising the secondary school. I can see the hockey stick curve in his attitude towards education and general grades.

I am an ardent fan of 11 Plus exam preparation. Irrespective of the result, the exam preparation makes our children ready for the secondary schools' system. The kids who prepared are in a better position than any other who makes no effort towards the entrance exam.

When education turns out to be a commodity, the Grammar school entrance exam (11 plus exam) and the preparation towards the Grammar School place will set your son or daughter apart from everyone else.

The grammar school entrance preparation is the differentiator of better-equipped children vs non-primed children. If you prepare to detach yourself from the end result, the preparation for the 11-plus test could change the trajectory of your little ones.

According to a new report, Pupils at selective schools are far less likely to opt for a special education needs or be eligible for free school meals compared to students in non-selective secondary schools.

It suggests that the other schools in selective areas are also disproportionately dealing with the more chronically poor by not only taking more than their fair share of pupils on free school meals (FSM).

It has been reliably reported that the percentage of pupils entitled to free school meals has increased in 2020 from the previous year in the schools' system.

The system effectively divided pupils into two types one who destined for higher studies in university and better jobs. The rest categorised more suitable for less celebrated professions. Grammar school pupils were thought to be predestined for university education.

Grammar School pupils make greater progress throughout Key Stage 3 and 4 and achieve better GCSEs and A levels compared to pupils from other types of school.

Although the exam framework and pattern varies between different parts of the country, the exam will test the skill level from the following subjects.

Grammar school near me

A handful of counties and local authorities in England have kept mostly selective schools systems, including Kent, Medway, Buckinghamshire and Lincolnshire. In contrast, other areas such as Gloucestershire, Trafford and Slough have a mix.

We have a comprehensive list of every grammar school in this country (England). You can sort the table using the small arrow button on the header row. I know they are very tiny and is not convenient.

I am working towards a new design which makes it a little bit more accessible. Please bear with me (is it "bear with me" or "bare with me" always confusing :-).

Until then, watch this video to check your nearest grammar schools using the table below. There are some best schools in the Sutton area.

Refer this table in your content? Grab the link: https://gogrammarschool.com/grammar-schools-list/

Refer this table in your content? Grab the link: https://gogrammarschool.com/grammar-schools-list/ 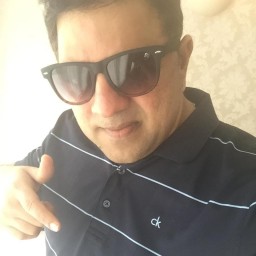 I started this website to help moms and pops who need a direction to guide their little ones to pass the 11-plus. A few years back, I was exactly in your position and running around like a headless chicken. I firmly believe 11 Plus Preparation Is For Life, not a gateway to Grammar School. I am NOT a genius, but I can see things from a different perspective which helped my son to pass the 11-plus. Since then, I helped hundreds of parents. Fasten your seatbelt as principles taught here would propel your kiddos to the next generation of cutting edge creative Hogwarts rather than an army of 9-5 battalion. Are you ready for the magic?

{"email":"Email address invalid","url":"Website address invalid","required":"Required field missing"}
We use cookies to ensure that we give you the best experience on our website. If you continue to use this site we will assume that you are happy with it.OkPrivacy policy